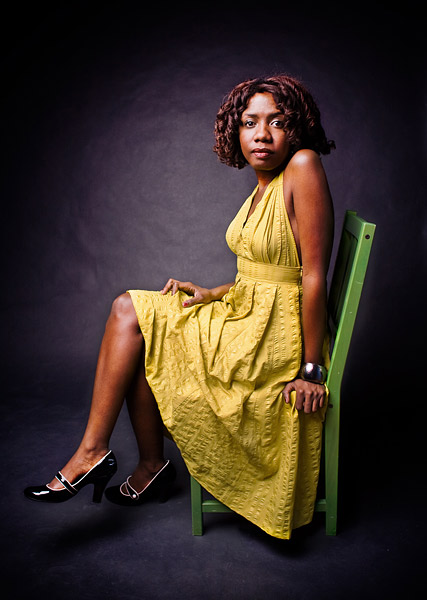 This Friday on Sex Out Loud at 8 pm ET / 5 pm PT, I’m thrilled to have two amazing guests on my show! Award-winning artist, performer, playwright, and artistic producer, Regie Cabico has been on two seasons of HBO’s Def Poetry Jam and NPR’s Snap Judgment. The recently dubbed “the Lady Gaga of poetry” shares his spoken word skills in storytelling and humor.  Twanna Hines first started writing about sex anonymously as Funky Brown Chick. The award-winning educator, writer, and media commentator now focuses on the sociology of sexuality and its relationship to culture and technology. This episode was filmed before a live studio audience at CatalystCon East 2014.

Twanna A. Hines, M.S., is an award-winning educator, sex columnist, and TV and radio commentator focused on the sociology of sexuality and its relationship to culture and Internet technology. Founder of FUNKY BROWN CHICK®, she has contributed to CNN, NPR, Sirius, Time Out New York, Lifetime, Mashable, Nerve, New York Press, Fast Company magazine, and the Huffington Post as well as CBC (Canadian National Radio), Paris Première (French Television), and Al Jazeera. She has also been quoted in a host of outlets throughout the U.S., from New York magazine to the San Francisco Chronicle. She is a syndicated sex columnist for Metro International newspapers. Twanna has 15 years experience in education, and she has received certified training in medically-accurate, evidence-based sex education. From speaking at Harvard to working one-on-one with undergraduate students at Florida State University, Hines has taught a broad range of majors with differing levels of academic competencies in both small and large enrollment classes. Her comprehensive approach to education prepares individuals to participate in an increasingly interconnected world, and her commentary on immigration is included in the textbook Migration and Immigration: A Global View. She has worked with health policymakers and elected officials and for the University of Chicago, Newsweek, and U.S. State Department. Having lived in London, Chicago, Amsterdam, New York, Los Angeles and The Hague, she speaks English and Dutch fluently. Raised evangelical Christian in rural Illinois and Mississippi, she received abstinence-only sex education. She can tell you, from first-hand experience, exactly how it functions and why it’s not really education at all. In 2005, strongly believing adults needed a space to discuss sex openly without fearing judgment, she built FUNKY BROWN CHICK®. Called one of “the internet’s sultriest sharers” by the Village Voice, details about her rendezvous have been printed in Glamour magazine.

Regie Cabico. His work appears in over 30 anthologies including Aloud: Voices from the Nuyorican Poets Café, Spoken Word Revolution, Chorus & The Outlaw Bible of American Poetry . He co-edited Poetry Nation,: A North American Anthology of Fusion Poetry and guest editor for Beltway Poetry Quarterly. He has shared the stage with Patti Smith, Allen Ginsberg and through Howard Zinn’s Portraits Project at NYU, has performed with Stanley Tucci, Jesse Eisenberg & Lupe Fiasco. He is a recipient of a 2008 Future Aesthetics Arts Award Regrant from The Ford Foundation/Hip Hop Theater Festival, three New York Foundation for the Arts Fellowships for Poetry and Multidisciplinary Performance, The Larry Neal Awards for Poetry 2007 (3rd Place) and 2008 (1st Place), a 2008 DC Commission for the Arts Poetry Fellowship. He received the 2006 Writers for Writers Award from Poets & Writers for his work teaching at-risk youth at Bellevue Hospital in New York. Other recipients include Arthur Miller, Sharon Olds, Stephen King, Amy Tan & Edward Albee. He is a former Artist In Residence at NYU’s Asian Pacific American Studies Program and has served as faculty at Banff’s Spoken Word Program and Kundiman. As a theater artist he has directed two plays for the 2007 & 2008 Hip Hop Theater Festival,Elegies In The Key Of Funk and The Other Side. He received three New York Innovative Theater Award Nominations for his work in Too Much Light Makes The Baby Go Blind with a win for Best Performance Art Production The Kenyon Review recently named Regie Cabico the “Lady Gaga of Poetry” and he has been listed in BUST magazine’s 100 Men We Love. His plays have been produced at the 2003 Humana Theater Festival (as part of RHYTHMICITY with UniVerses, Reg E. Gaines, Willie Perdomo & Rha Goddess, 2004 Kennedy Center Play Lab, Joe’s Pub The Public Theater Festival, The Asian American Theater Festival, Living Word Festival, San Francisco. The Kitchen, Dixon Place, LaMama, The Philadelphia Fringe Festival, The New York Fringe Festival, Theater Offensive, among other venues. He received three New York Innovative Theater Award nominations for his work in the New York Production of Too Much Light Makes the Baby Go Blind with a 2006 award for Best Performance Art Production. His latest solo play Unbuckled was developed with grants from National Performance Network and Mid-Atlantic Arts Foundation. He has been longtime curator of Composers Collaborative’s Non Sequitur Series presented at Lincoln Center, Here Theater & The Flea Theater. He has been 2006 artist in residence for New York University’s Asian American Studies Program & 2009 artist in residence at Deanza College. He is the Youth Program Coordinator for Split this Rock Poetry Festival and is he artistic director of Sol & Soul, an arts and activist organization. He is the co-founder of SULU DC, a monthly Asian American Performance Series and is the co-director of CAPTURING FIRE: A QUEER SPOKEN WORD SUMMIT.He is pleased to be part of BANFF’s 2011 Spoken Word Faculty.