Tristan Taormino is an award-winning author, columnist, sex educator, speaker, media maker, and podcast host. She is the author of eight books and editor or co-editor of 25 anthologies. She keynotes, lectures, and teaches workshops around the world. She is the host and executive producer of the long running podcast Sex Out Loud. She is the creator of Sex Educator Boot Camp, a professional training program, and she runs a coaching and consulting business for sexuality professionals. She graduated Phi Beta Kappa with her Bachelor’s degree in American Studies from Wesleyan University in 1993. 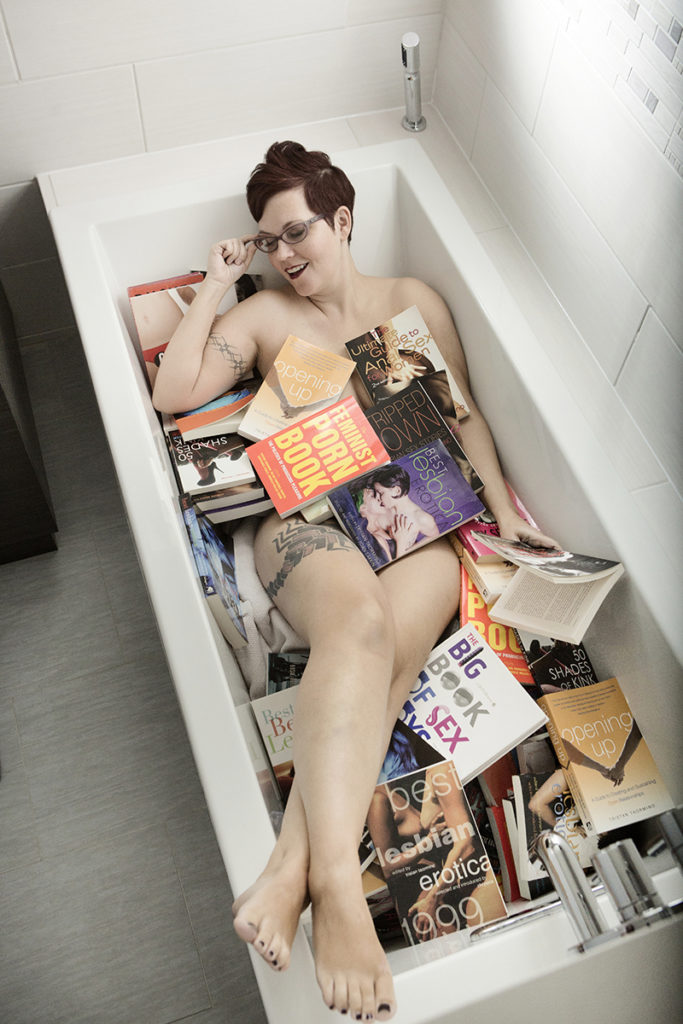 She gives keynotes, presentations, workshops, and trainings on these topics as well as public health, social justice, and sex-positive models for sex education at conferences, organizations, colleges and universities. She has given nearly 500 presentations in the United States, Canada, Mexico, Australia, Germany, Sweden, and Brazil.

Tristan has been featured in every major media outlet. She has appeared on MSNBC’s Melissa Harris-Perry, NBC’s The Other Half, National Geographic’s Original Sin, HBO’s Real Sex, as well as shows on ABC, NBC, CBS, Fox, CNN, MSNBC, E!, The Discovery Channel, Buzzfeed, Verizon go90, and YouTube. She was the resident sex expert and recurring panelist for two seasons of Ricki Lake (2001-2002); she has created and shot three different TV pilots, most notably one for MTV in 2003. She has appeared on hundreds of radio shows and podcasts including two appearances on The Howard Stern Show. She has been featured in hundreds of publications including O: The Oprah Magazine, The New York Times, The Wall Street Journal, Redbook, Cosmopolitan, Glamour, Entertainment Weekly, New York Magazine, Men’s Health, and Playboy. She has been named to several media lists, including Out Magazine’s 100 Gay Success Stories of the Year and The Advocate’s Best and Brightest Gay & Lesbian People Under 30.

Tristan has created and produced groundbreaking events and community resources. She is one of the original co-founders of Dark Odyssey, and produced 18 annual sex-positive events from 2001-2011. She created and produced The International Feminist Porn Conference at the University of Toronto in 2013 and 2014. She founded The Open List—a list of therapists, doctors, sex and relationship coaches, and other professionals who are experienced and knowledgeable about gender and sexual minorities and alternative relationships—which has provided free resources to the public since 2008. Tristan works as a consultant and coach for a diverse array of individuals, companies, and organizations, including those in sex education, healthcare, technology, retail, and the entertainment industry. She specializes in branding, marketing, public relations, community outreach, product development, strategic partnerships, and diversity and inclusion. She is the creator of Sex Educator Boot Camp, an in-person and online professional training program. Want to bring Tristan to your event? Contact her today!