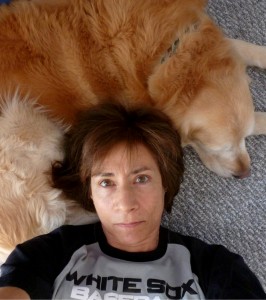 This week’s guest is award-winning writer & teacher Cris Mazza to discuss Something Wrong With Her, a hybrid memoir, and the companion piece to her most recent novel, Various Men Who Knew Us As Girls. In the past 15 years, Cris Mazza’s work as a novelist expanded as she continued to consider psychological and emotional complexities of life, but has begun to do so with the contributing complication of place: How regions or localities that still have their own unique characteristics of landscape, society, and culture impact the human experiences (sexuality, family, authority, gender) that Mazza explores in fiction. Mazza’s latest books, Various Men Who Knew Us as Girls and Something Wrong With Her, return to her native San Diego in the 70s and 80s, and the unsettling times before law governing sexual harassment existed.

Tune in to Sex Out Loud this Friday, February 19th at 5 pm PT / 8 pm ET. This week’s show is LIVE so call in to Voice America with questions and comments at 1-866-472-5788, join the discussion on Twitter @SexOutLoudRadio, or e-mail me via tristan(at)puckerup.com and I’ll read them live on the air. If you can’t call us live, leave a voicemail on the SOL Hotline: 323-SEX-8266. Call us with your questions, stories, comments, and requests — 24/7 and we’ll play it on the air!

Cris Mazza’s newest title is a real-time memoir titled Something Wrong With Her chronicling the 25-year journey to reunite with a boy from her past.  She is currently co-producer, writer, and lead actress for a feature film that will be a fictional sequel to that memoir, a groundbreaking blend of memoir, documentary and fiction. Mazza has sixteen other titles including her first novel, How to Leave a Country, which won the PEN/Nelson Algren Award for book-length fiction. Currently living 50 miles west of Chicago, she is a professor in the Program for Writers at the University of Illinois at Chicago.