Tune in to Sex Out Loud this Friday, March 18th at 5 pm PT / 8 pm ET. This week’s show is LIVE so call in to Voice America with questions and comments at 1-866-472-5788, join the discussion on Twitter @SexOutLoudRadio, or e-mail me via tristan(at)puckerup.com and I’ll read them live on the air. If you can’t call us live, leave a voicemail on the SOL Hotline: 323-SEX-8266. Call us with your questions, stories, comments, and requests — 24/7 and we’ll play it on the air! 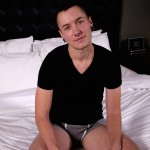 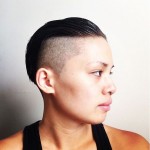 Milcah Halili Orbacedo is a writer and performer. Their writing has appeared on The Rumpus, Tits and Sass, Witch Craft Mag, Breakthrough, and Vice. Most of their adult film work can be found at Kink.com. They are obsessed with their work-in-progress memoir, Sisterhood, meditations on their intimate writer and pornographer friends. Follow Milcah on Twitter @SlutSmartSoul.