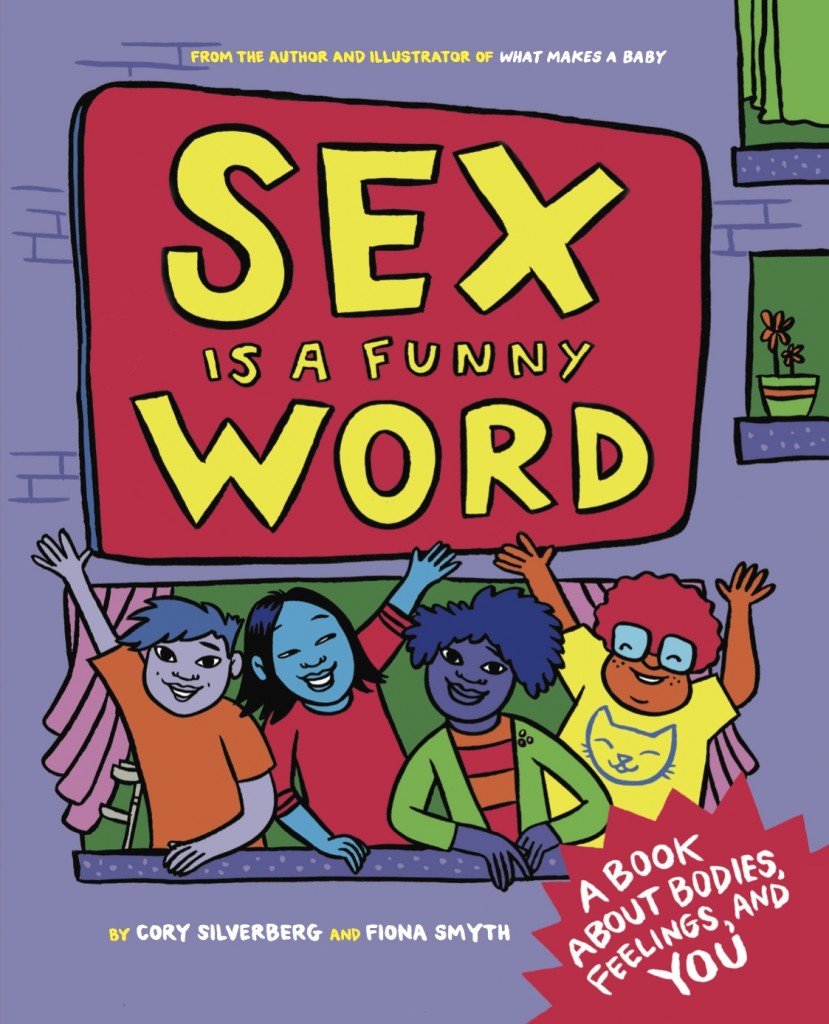 I am delighted to welcome educator and author Cory Silverberg to this week’s episode of Sex Out Loud. A sought after lecturer and workshop leader, a frequent contributor to TV/radio, and for over 10 years Silverberg has written the Sexuality Guide for About.com. In 2012 his book project became the most funded children’s book on Kickstarter and “What Makes a Baby” was published in 2013. This Friday we’ll talk about his newest book in his series, Sex Is a Funny Word: A Book About Bodies, Feelings, and You

Tune in to Sex Out Loud this Friday, August 21st at 5 pm PT / 8 pm ET. This week’s show is LIVE so call in to Voice America with questions and comments at 1-866-472-5788, join the discussion on Twitter @SexOutLoudRadio, or e-mail me via tristan(at)puckerup.com and I’ll read them live on the air. Tune in to Sex Out Loud every Friday, you can listen along on your computer, tablet, or phone, find all the ways at SexOutLoudRadio.com!

Cory Silverberg‘s academic background is in education and counseling psychology (BA, hons., York University; M.Ed. Ontario Institute for Studies in Education at the University of Toronto). His research interests were in the areas of sexuality and disability and sexuality and attachment theory.

Since 1997 he has developed and facilitated workshops for hundreds of agencies and organizations serving both youth and adults across North America on a range of topics including sexuality and disability, sexual pleasure, sexual communication, sex toys, and sex and technology. Cory has also delivered keynotes, lectures, and interactive public talks for professional conferences and student groups.

In 1997 he co-founded the Come As You Are Co-operative, the world’s only co-operatively owned and operated sex toy store and sexual health resource, in Toronto, Canada. He is the co-author of the Ultimate Guide to Sex and Disability (Cleis Press, 2007) and since 2005 has been the Sexuality Guide for About.com.  In 2012 Cory developed a book project which became the most funded children’s book on Kickstarter, and subsequently signed a three book deal with Seven Stories Press to produce a series of inclusive children’s books about gender and sexuality.

Cory also worked as a consultant for both media and industry. For ten years he supervised research for SexTV, a multiple award winning, internationally syndicated documentary program that covers the topic of human sexuality around the globe, as well as being the sex toy wrangler for Talk Sex with Sue Johanson. He is a regular guest on Sex Matters, which airs on CTV, Canada’s largest television broadcaster, and a frequent contributor to local and national print, radio, and television media.

In addition to volunteering as the chairperson of the sexuality education certification committee for AASECT, Cory served on the board of ISIS, a nonprofit organization that combines new technologies with sexual health promotion and disease and violence prevention.