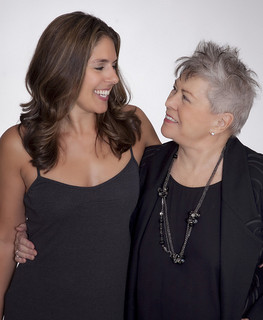 Carlin Ross, entrepreneur and sex educator, has transcended her “ESQ” tagline to position herself at the forefront of female sexuality. She left her law career to create a lifestyle brand for women: cherrybomb. The site launch was featured on the front page of the NY Times on February 24, 2004. She has interviewed sexperts such as Ian Kerner, Helen Fischer, Candida Royalle, Dr. Judy Kuriansky, and Dr. Barbara Bartlik for the Sex Herald. And she has written/produced/directed several erotic features for Playgirl TV in addition to several original features – most recently Betty Dodson’s Bodysex Workshop. She has appeared on The Sharon Osbourne Show, CNN, MSNBC, and Dateline and radio shows including Afternoon Advice on Playboy Radio. She has been featured in national publications including Marie Claire and Esquire.