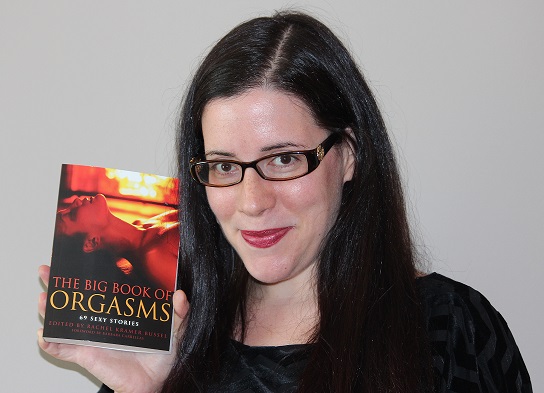 Matie Fricker is the co-owner of Self Serve Sexuality Resource in Albuquerque, New Mexico & selfservetoys.com. Matie and her business partner Molly Adler opened Self Serve in 2007 to bring positive sexuality into the light of day, creating access for adults to find healthy experiences of sexuality.   Molly and Matie have been awarded the 2008 Tough Cookie Award from the National Association for Women Business Owners, Self Serve has Best Sexy Shop in the Alibi  for the last six years and Albuquerque Pride’s Most Outstanding Store Award. Matie is also the director of Pornotopia: Albuquerque’s infamous community run porn festival.  One of her proudest accomplishments was causing Rush Limbaugh to say “female orgasm” on-air multiple times.

About Self Serve:
Self Serve is a woman-owned sexuality resource center & boutique.  In a culture where sex is sensationalized and unrealistically represented in the media, and silenced in day-to-day life, we offer a space that is frank, honest and friendly. Our compassionate and non-judgmental sex educators give you the space to ask the questions that make other people blush.  Self Serve offers bodysafe adult toys, intimate lubricants, natural skin care, locally-made gifts, books, dvds, classes and private events.  We support healthy sexuality over a lifetime, and hope to help people find more pleasure and joy in life.
About Pornotopia Film Festival:
Pornotopia is a film festival celebrating the beauty and diversity of sexuality. Imagine a world where erotic films don’t offend, but arouse. Where orgasms are real and filmmakers are independent. Pornotopia showcases films that keep it real, raw, tender and beautiful. In Pornotopia sex is fun, everyone gets off and pleasure is paramount. Pornotopia Film Festival enjoyed three wonderful years, from 2007 to 2009. In 2010, Self Serve & a community committee planned another exciting erotic film festival.  It was sadly never to be.   But now… they’re back!  After a victorious ruling by the NM State Supreme Court, they are again able to produce the sexiest, most fun film festival in the Southwest.