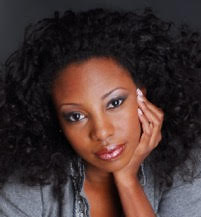 How many African-American sexologist do you know? Frenchie Davis is one of the first and I was lucky enough to see her in person at the Sex Down South conference and I can’t wait for you all to meet her. Frenchie is a capacity consultant who does workshops and sex talk events and loves working with community, religious, and political organizations to help them engage and embrace sex-positive sexuality. She maintains a full plate while completing her M. Ed of Human Sexuality at Widener University, the top accredited Human Sexuality graduate and doctoral program in the United Sates. Frenchie Davis has been the celebrated host and producer of her ever popular and edge cutting sexuality talk show titled “Libido Talk” on WBAI 99.5 FM of New York City. This Friday we talk live about Black sexuality, respectability politics, how erotic poetry has inspired her and more!

Tune in to Sex Out Loud this Friday, December 18th at 5 pm PT / 8 pm ET. This week’s show is LIVE so call in to Voice America with questions and comments at 1-866-472-5788, join the discussion on Twitter @SexOutLoudRadio, or e-mail me via tristan(at)puckerup.com and I’ll read them live on the air. Tune in to Sex Out Loud every Friday, you can listen along on your computer, tablet, or phone, find all the ways at SexOutLoudRadio.com!

Frenchie Davis is an authority on Human Sexuality with a focus on the African-American community. She combines her love and expertise of social services, education, and pop-culture to Entertain, Educate and Enhance the emotional and sexiological intelligence of her audiences. She has an extensive history in social services and built her expertise through HIV/AIDS advocacy, managing crisis shelters for battered women and their children and community outreach. Many got to know Frenchie through her debut appearance on HBO’s Def Poetry Jam in 2003 when she performed an erotic poem from her book titled: Not From Between My Thighs. Frenchie became one of the first African-American poets to be sold at the first Museum of Sex in New York City. Now Frenchie has a consultant company, Libido Talk. Frenchie works both nationally and internationally through workshops, lectures, blogging and TV appearances and also produced an edge cutting sexuality talk show, “Libido Talk” on WBAI 99.5 FM of New York City for 3 years.

On the fun side, Frenchie was penned the Erotic Poet Princess; She went on to produce and host some of the most pivotal poetry events throughout the Detroit Metro City Area which included memorable nights like Sho’ You Right poetry series, and The Premiere which became a poetic house of national and international spoken word celebrities from Def Poetry Jam, Detroit Writer’s Guild, to The Last Poets. Frenchie elevated her household name when she appeared on season 3 of HBO’s Russell Simmons Presents Def Poetry Jam in 2003. Adding to her credit was her first self-published collection of poems, “Not From Between My Thighs”. Frenchie became one of the first African-American poets to be sold at the United States first Museum of Sex in New York City. Davis has lectured at more than 50 universities and colleges since her debut for HBO’s Def Poetry Jam. She’s shared stages and platforms with some of the most influential artist in the industry such as: Musiq, Trey Songz, Common, Mos Def, Talib Kweli, Jessica Care Moore, Sonia Sanchez, Jill Scott and the Def Poetry Jam family. Davis was a contributing editor and emotional health specialist to BE Magazine, Marymount Manhattan Newspaper and she continues to be embraced by stages overseas in London, United Kingdom; Holland; Germany and Canada. Frenchie Davis is ready to open a national dialogue about sexuality and enhance emotional intelligence wherever her message and voice can carry her. Want to learn more, check Frenchie out at www.LibidoTalk.com