In my second interview from CatalystCon West 2015, I talk to Jenny Block, writer and sex expert whose latest book is “O Wow: Discovering Your Ultimate Orgasm“. We’ll discuss what exactly is an ultimate orgasm and what tips and strategies you can use, how to know your body, get in the zone and ultimately empower ourselves to receiving pleasure. This show was recorded in front of a live studio audience. I also feature more stories from listeners who have tested out Clone-A-Willy – this is that last week to save 10% off with checkout code SEXOUTLOUD.

Tune in Friday, October 16th at 5 pm PT / 8 pm ET to hear this show premiere. Join the discussion on Twitter where we livetweet each week. Sex Out Loud airs every Friday, you can listen along on your computer, tablet, or phone, find all the ways at SexOutLoudRadio.com.  If you missed any part of the episode or want to listen again, you can listen to every episode on demand here. 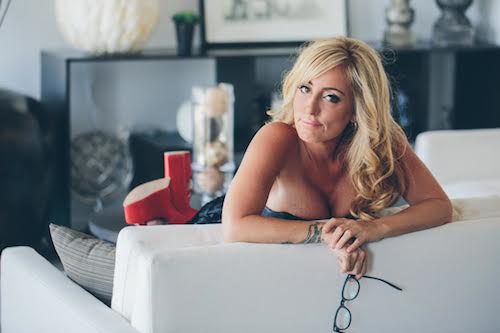 Jenny Block, is a frequent contributor to a number of high-profile publications from Huffington Post to Playboy, and is the author of “O Wow! Discovering Your Ultimate Orgasm” and “Open: Love, Sex, and Life in an Open Marriage” (2008 Lambda Literary Award). She appears regularly on HuffPo Live, and the HuffPo Sex and Love Podcast. She holds both her BA and her MA in English from Virginia Commonwealth University and taught college composition for nearly ten years. Her work appears in and on huffingtonpost.com, Playboy.com, yourtango.com, American Way, Veranda, the Dallas Morning News, the Dallas Voice, edgedallas.com, literarymama.com, Spirit, chow.com, ellegirl.com, and many more. She is often called on as an expert on sex and women’s sexuality for yourtango.com, bustle.com, Woman’s Day Magazine, sheknows.com, and many others. Jenny has appeared on a variety of television and radio programs, including Nightline, Fox and Friends, The Glenn Beck Show, The Tyra Banks Show, Good Morning Texas, The Morning Show with Mike and Juliet, foxnews.com (online video), Playboy Radio, The Alan Colmes Show, The Young Turks, and BBC Radio.