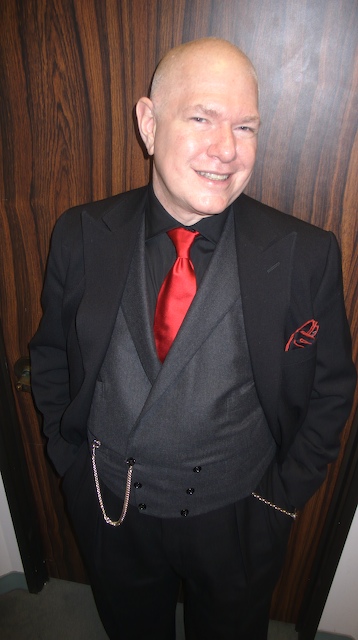 Ira S. Levine (aka Ernest Greene) has nearly forty year’s experience working in virtually every type of mass media, beginning with his first publication in Esquire at the age of fifteen in 1969. He was a nationally syndicated newspaper columnist for several years following, in addition to working as a reporter for The Rocky Mountain News in his hometown of Denver, Colorado. In the early days of talk radio there he was a regular show host on the local NBC affiliate KOA and frequent guest moderator on stations KTLK and KMYR. He went on to become executive Editor of Denver Magazine and popular culture critic for Denver’s PBS TV outlet KBPI.

After stints as a free-lance journalist in New York and San Francisco, Levine moved to London, England to work as a staff screenwriter for producer Dino DiLaurentiis before settling in Los Angeles to pursue his career as an independent screenwriter, during which he worked in development for Interscope, Inc. and The Walt Disney Company.
Between scripting projects, Levine continued to write for print, co-authoring Coming Attractions, the Making of an X-Rated Video with Dr. Robert Stoller (Yale University Press, 1989). His work has also been published in Rolling Stone, Details and Harpers. He shares co-author credit with his spouse, Nina Hartley on Nina Hartley’s Guide to Total Sex (2006), from Avery Press, a division of USA Penguin Group.
Since 1985, Levine has concentrated his efforts mainly in adult entertainment ventures, serving as Executive Editor of the best-selling adult magazine Hustler’s Taboo since 1999 and most recently as Chief Associate Editor for Hustler’s All-Sex issues.
Under the stage name Ernest Greene, he has participated in the production of adult video for two decades as a performer, writer, director and producer. His body of work comprises over five hundred titles, including AVN award winners Strictly for Pleasure, Mask of Innocence, Tristan Taormino’s Ultimate Guide to Anal Sex for Women and Jenna Loves Pain. With his wife, Nina Hartley, he has served as producer and director of the Nina Hartley’s Guide series of adult sex education programs for video market leader Adam&Eve Pictures. The series has sold over three quarters of a million videos to date and now comprises forty titles. His own erotic features for Adam&Eve, O – The Power of Submission, Surrender of O and The Truth About O have thus far seen sales nearing 100,000 units, making them among the biggest selling X-rated feature titles in recent years.
Levine is particularly well known for his groundbreaking approach to the presentation of unconventional sexuality related to consensual domination and submission. He has been active in the BDSM community for nearly thirty years, conducting workshops and seminars and serving as an officer of community groups. His activism also extends to the world of adult video production, where he held the position of chairman of the board of directors of The Adult Industry Medical Healthcare Foundation (AIM) for seven years and to his commentaries on the adult industry Blog for Pro-Porn Activism.