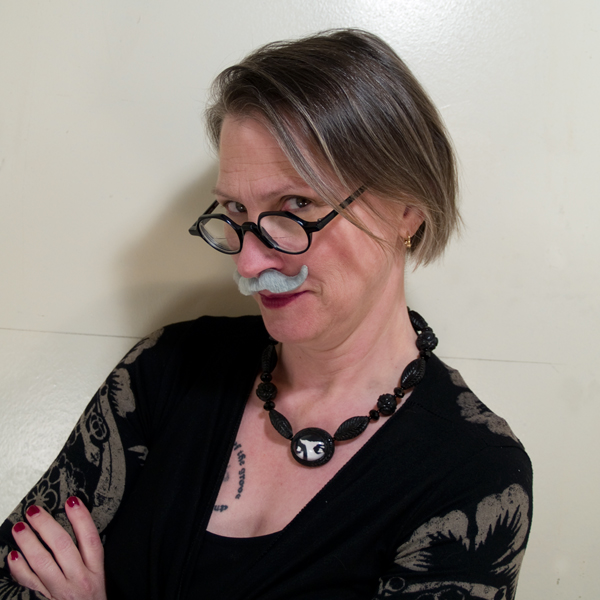 Carol Queen has a PhD in sexology and a prior degree in sociology. She calls herself a cultural sexologist; while she addresses individual and couple’s sexual concerns, her overarching interest is in cultural issues. Queen has worked at Good Vibrations, the woman-founded sexuality company based in San Francisco since 1990. Her current position is Staff Sexologist and Company Historian; her roles include representing the company to the press and the public; overseeing educational programming for staff and others; scripting/hosting a line of sex education videos, the Pleasure-Ed series, for sister company Good Releasing; and curating GV’s Antique Vibrator Museum. She is also the founding director of the Center for Sex & Culture, a non-profit sex ed/arts center San Francisco and is a frequent lecturer at colleges, conferences, and community-based organizations. Her dozen books include a Lambda Literary Award winner, PoMoSexuals, and Real Live Nude Girl: Chronicles of Sex-Positive Culture, which are used as texts in some college classes. She blogs at the Good Vibes Magazine and is a sometime contributor to the Boston Dig.