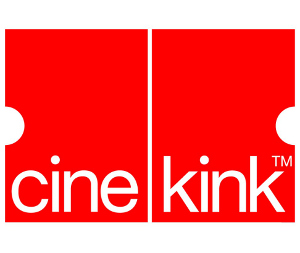 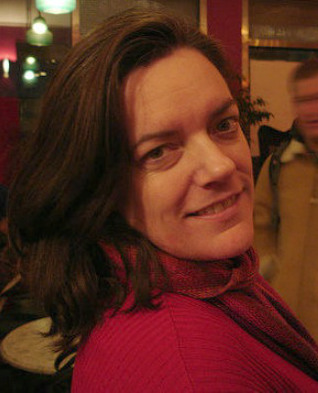 This week’s guest on Sex Out Loud is Lisa Vandever: a producer and consultant with over twenty years of experience in film and television. She seized the unique opportunity to combine two of her overriding fixations, film and sexuality. Founded in 2003, CineKink recognizes and encourages the positive depiction of sexuality and kink in film and television, most visibly through its annual film festival, CineKink NYC. We’ll discuss media representations of alternative sexuality, visual depictions of kink, and the intersections of film and sexuality.

This week’s show is LIVE. Find out all the ways to listen here so you can call in with questions and comments at 1-866-472-5788, join the discussion on Facebook or Twitter, or e-mail me via tristan(at)puckerup.com and I’ll read them live on the air.

As co-founder and director of CineKink, an organization that recognizes and encourages the positive depiction of sexuality in film and television, Lisa Vandever curates and oversees an annual film festival and touring series, designed to promote and showcase such works. Billing itself as “the kinky film festival,” with offerings drawn from both the independent cinema world and the adult, works presented at CineKink, currently in its eleventh season, range from documentary to drama, comedy to experimental, slightly spicy to quite explicit–and everything in between. A producer and consultant with over twenty years of experience in film and television, Vandever was formerly the director of programming for a regional network of public television stations, worked as a development executive for two New York-based independent production companies and was associate producer of the Sundance award-winning feature film, “Songcatcher.”

Seizing the unique opportunity to combine two of her overriding fixations, film and sexuality, Vandever previously co-founded the New York S/M Film Festival, which ran 2000-2002. Over the years she has also consulted with media distributors on how to best reach sexuality communities, and has advised filmmakers on how to present their works to a wider market. In addition to serving on the board of directors of the National Coalition for Sexual Freedom, she also volunteered on its media committee, alerting community members to media presentations of alternative sexuality, and encouraging feedback. She has spoken several times on the intersection of film and sexuality at the prestigious SXSW conference, with additional appearances including the International Film Festival Summit, Film Festival Academy, DIY Convention, Sex 2.0, MomentumCon, CatyalystCon and Leather Leadership Conference. She is proud to have once stumped the panel as a guest during a round of “What’s My Fetish?” on the Radio Chick Show …and she probably watches a lot less porn than everyone seems to think she does.