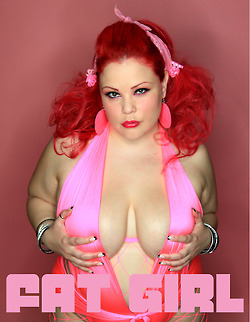 Tune in this Friday, August 2nd at 8 pm ET / 5 pm PT to a new episode of Sex Out Loud! Dee Dennis joins me to talk about the genesis of Catalyst Con, the bi-annual conference she founded. We’ll discuss the September event in Woodland Hills and highlight the diverse line up of speakers. Plus, Dee will share her thoughts on the current state of sex-positive activism and how to push the movement forward. Then, fresh from her appearance at the Museum of Contemporary Art in Los Angeles, plus-size model and performer April Flores dishes about “Fat Girl,” the new fine art photography book by her partner Carlos Batts, which features more than a decade of their collaborative work together. She’ll also talk about their latest art project, Toe vs. Heel.

An activist in the field of sexuality, Dee Dennis started her career as a sex blogger, writing about the end of her marriage and starting the next chapter in her life. Through this metamorphosis, Dee discovered her passion for sexuality rights and issues for people around the world. Dee’s commitment to taking the conversation about sexuality offline and into the real world lead in part to the creation of MOMENTUM, a conference she co-founded to empower people to come together and exchange ideas that would further the conversations about sexuality, inspire people and motivate them to carry the conversation forward. In 2012, Dee founded CatalystCon, which she regards as a “melting pot of sexuality” that unites sex educators, sexologists, sex workers, writers, activists, and anyone with a passion for creating change. To Dee, “knowledge is power, and sharing that knowledge is the first spark in igniting change.” This is the fundamental principle behind CatalystCon.