My guests on Sex Out Loud on Friday, June 8 at 5:00 pm Pacific time/8:00 pm Eastern time on the VoiceAmerica Talk Radio Network are Susie Bright and her daughter Aretha Bright. We’ll talk about Susie’s memoir, Big Sex, Little Death, what it was like growing up with a sexpert Mom, how to talk to your kids about sex, and their new book, Mother/Daughter Sex Advice. Plus, I’ll put them to the test when I ask them to answer questions from listeners. 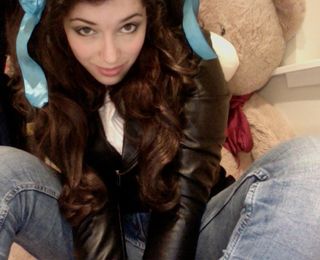 Aretha Bright’s debut book is Mother/Daughter Sex Advice. She is 21 and lives in San Francisco. She can’t boast the same credentials as her mom yet (She’s ready to fly down to Hollywood at a moment’s notice!) but is busy as a new author, pysch graduate from San Francisco State University, and working gal. Aretha is interested in travel, sex, books, holidays, and pizza, among other things. You can follow Aretha on her blog.