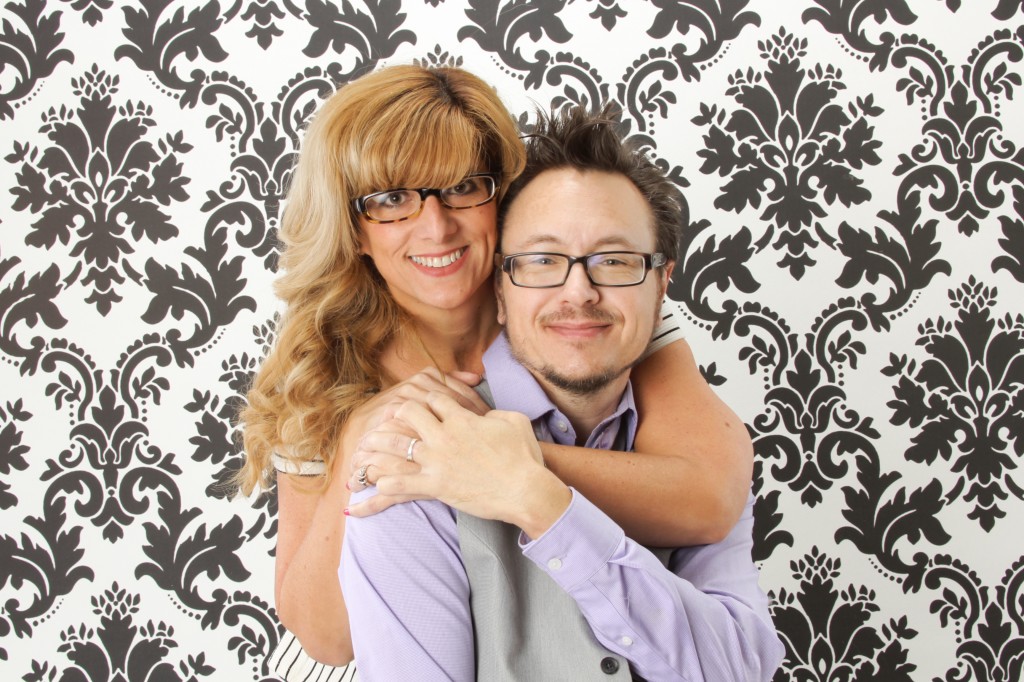 This Friday on Sex Out Loud at 8 pm ET / 5 pm PT, Diane and Jacob Anderson-Minshall discuss their recently released book, Queerly Beloved: A Love Story Across Genders, a memoir of how their relationship survived Jacob’s gender transition. Their story has been the subject of numerous articles (including in The New York Times) and radio shows (like NPR’s Story Corp). They’ll discuss their personal journey along with ideas around queer identity, long-term relationships, and society concepts of gender. This show is live and we’ll be answering listener questions.

This week’s show is LIVE. Find out all the ways to listen here so you can call in with questions and comments at 1-866-472-5788, join the discussion on Facebook or Twitter, or e-mail me via tristan(at)puckerup.com and I’ll read them live on the air.

Diane and Jacob Anderson-Minshall are co-conspirators in life and love. They co-author the Blind Eye mystery series (Blind Curves, Blind Leap, and the Lambda Literary Award finalist Blind Faith). Their memoir, Queerly Beloved, is about how their relationship survived Jacob’s gender transition. Their story has been the subject of numerous articles (including in The New York Times) and radio shows (like NPR’s Story Corp).

Diane is an award winning journalist and editor. She is the editor at large of The Advocate magazine, and editor in chief of HIV Plus magazine. She penned the erotic-thriller, Punishment With Kisses, and her writing has appeared in dozens of publications and anthologies. She also previously served as editor in chief of Curve magazine. Honored by LA Pride in 2013, this year Diane received a Western Publishing Association Maggie Award for leadership.

Jacob has written for numerous LGBT and feminist publications. For four years, he penned the nationally-syndicated weekly column, TransNation. He later produced and co-hosted the radio show, Gender Blender. His writings have appeared on Advocate.com and been included in anthologies like Men Speak Out: Views on Gender, Sex, and Power, Trans People in Love, and Portland Queer. Jacob recently served on the board of Lambda Literary Foundation.