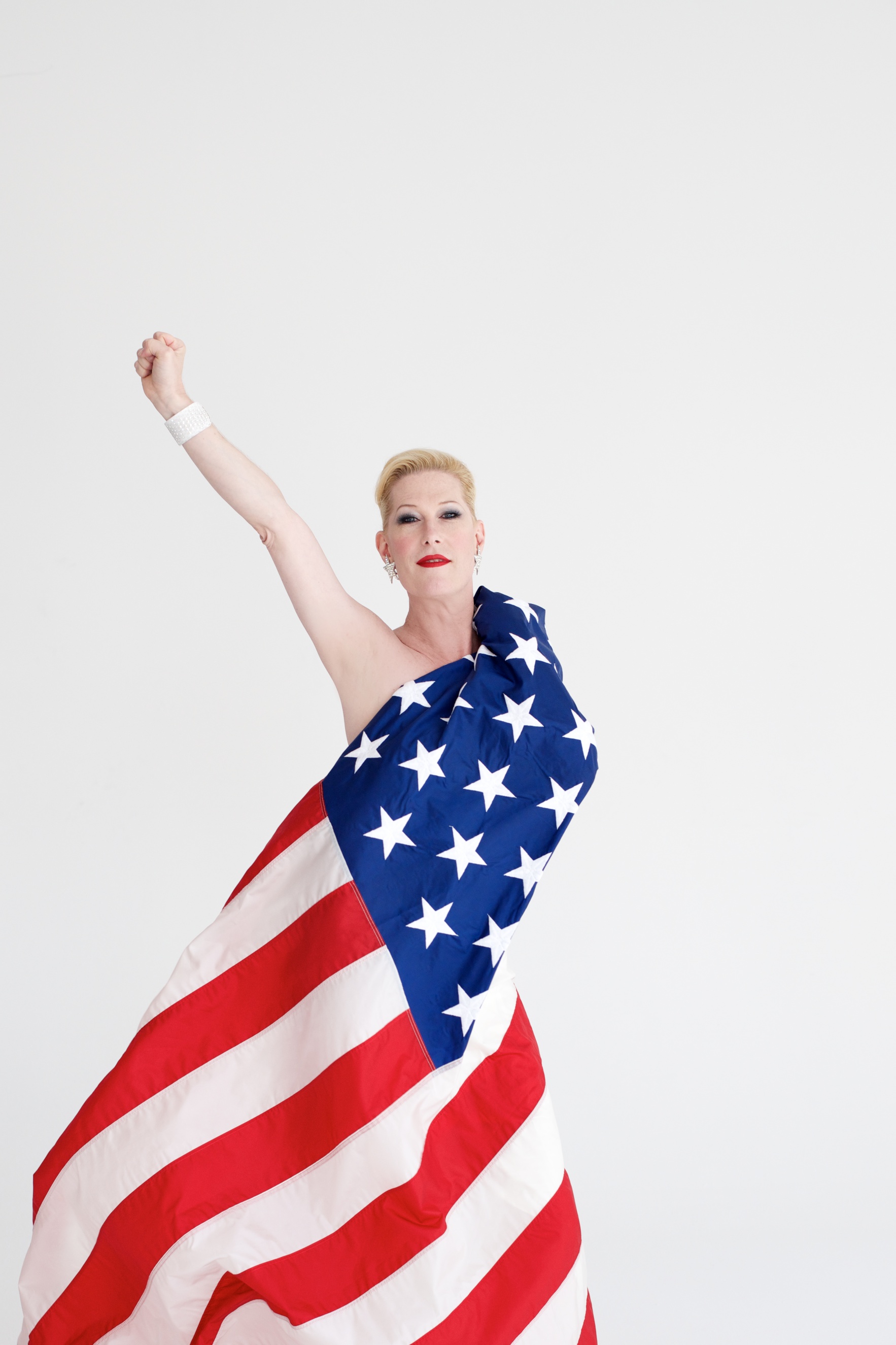 Join me this Friday, September 6th at 8 pm ET / 5 pm PT for an unforgettable hour of Sex Out Loud with one of the most talented, unique, and boundary-busting people in the entertainment industry: writer, singer, painter, performance artist, and activist Justin Vivian Bond. Mx Bond’s chosen pronoun is the gender-free “v” (instead of he or she), and v will talk about how the pronoun came about. V is currently preparing for a residency at Joe’s Pub where v’s show Mx America will be running from Sept. 20-Oct. 5th and we’ll hear about the origin of v’s personally designed perfume, The Afternoon of a Faun. We’ll also discuss the award-winning memoir Tango: My Childhood, Backwards and in High Heels

Mx Justin Vivian Bond is a writer, singer, painter, and performance artist. Mx Bond is the author of the Lambda Literary Award winning memoir Tango: My Childhood, Backwards and in High Heels

, published by The Feminist Press and Susie Says

in 2012. In 2011 Justin Vivian’s art exhibition The Fall of the House of Whimsy was presented at Participant Inc. in New York City. Mx Bond was nominated for a Tony Award for Kiki and Herb Alive On Broadway in 2007. Other notable theatrical endeavors include starring as Warhol Superstar Jackie Curtis in Scott Wittman’s production of Jukebox Jackie: Snatches of Jackie Curtis as part of La Mama E.T.C.’s 50 Anniversary Season, originating the role of Herculine Barbin in Kate Bornstein’s groundbreaking play Hidden: A Gender, touring with the performance troupe The Big Art Group and appearing in John Cameron Mitchell’s film Shortbus. Other films include Sunset Stories (2012), Imaginary Heroes (2004), and Fanci’s Persuasion (1995). Mx Bond is a recipient of The Ethyl Eichelberger Award, The Peter Reed Foundation Grant, and The Foundation for Contemporary Arts Grants to Artists Award for Performance Art/Theater, an Obie and a Bessie. Please visit www.justinbond.com to download and enjoy v’s music and blog, Justin Vivian Bond is Living!