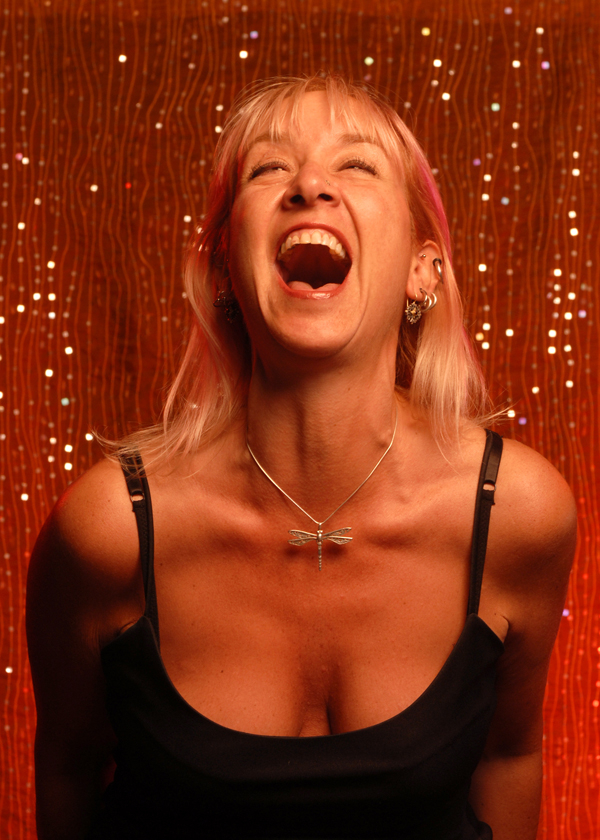 This Friday, March 22nd at 5 pm PT / 8 pm ET on Sex Out Loud radio, Author, Urban Tantra creator, sacred sexuality expert Barbara Carrellas comes to Sex Out Loud to talk ecstasy – what it is and why it’s not just important, but necessary. Her latest book, Ecstasy Is Necessary is a masterful, engaging work of art that combines profound and expansive ideas about sexuality with really practical, useful exercises that everyone can do. Carrellas will also discuss the creation of Urban Tantra and how you can integrate it into your own life. Check out sexoutloudradio.com for all the ways to listen to the show.

Barbara currently offers inspiring and life-changing workshops, lectures, and keynotes on a variety of topics to individuals, schools, conferences, businesses, and the arts.

Barbara is also a Sex/Life coach, offering her clients sex information and education, intuitive readings, emotional and mental rebalancing, resources and referrals. The essence of her work is the inseparable connection between your sex life and the rest of your life, and the happy integration of body, mind, and spirit.

Barbara brings a holistic, metaphysical, practical, humorous, entertaining and gender-fluid approach to conscious sexuality and to all her work. She began her work in metaphysics and conscious sexuality during the AIDS crisis in the late 1980’s—a time when the connections between sex, spirit and healing were at their most strained. Barbara has facilitated countless healing circles and support groups for women, men, transgender people, artists, people with life-threatening illnesses and people with HIV/AIDS. For four years she was a facilitator for and on the Board of Directors of the New York Healing Circle, which was founded in response to the AIDS crisis and incorporated the principles of Louise Hay’s work. As her workshops grew in popularity and in attendance, her work expanded to include people from all walks of life and in all stages of sexual evolution.

ctive as a performance artist.

Barbara has lectured at many educational institutions, including Harvard University, Brown University, Vassar College, Barnard College, Sara Lawrence College, Wesleyan University, the Chicago Art Institute and Yale University. She frequently collaborates with her partner, Kate Bornstein, with whom she performs and tours their sex positive, gender-bending lecture/performance piece There And Back Again: An Epic Tale of Sex, Death, and Gender.

Barbara is a certified sexologist (ASC, American College of Sexologists) and a member of AASECT (American Association of Sexuality Educators, Counselors and Therapists).

Barbara is a proud graduate of the Coney Island Sideshow School with a double major in fire eating and snake handling.