This week’s episode of Sex Out Loud was recorded live at the Cine y Sexo: La Mirada Femenina film festival in Mexico City. I host an unprecedented conversation between feminist pornographers from around the world, including Jennifer Lyon Bell (Amsterdam), Marit Ostberg (Germany), Ingrid Ryberg (Sweden), Liandra Dahl (Australia), and film festival programmer Abraham Castillo, with a special appearance by Candida Royalle (U.S.). The group talks about this groundbreaking event, which was the first of its kind in Latin America, and audience reactions to their films. They discuss the
importance of sexual representation, their filmmaking philosophies, and the politics of porn. 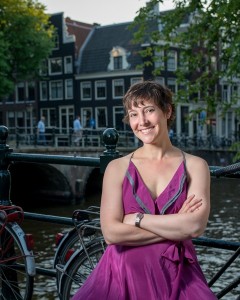 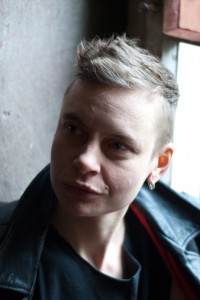 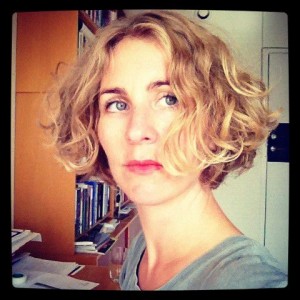 Liandra Dahl: I am British born and raised but I have lived in Melbourne, Australia since 2002, apart from a brief 15-month visit to Amsterdam, Netherlands from 2010 until 2011. Whilst in Amsterdam I started my own independent adult website LiandraDahl.com and got married to my lovely wife. Both of which actions were prevented by anti-gay and anti-porn legislation back in Australia. I consider myself queer and I am attracted to masculine, feminine and androgynous people. I first made amateur porn in 2004 for Melbourne based Australian sites of Feck Pty Ltd as the hostess for ifeelmyself.com and I also appeared on ishotmyself.com, beautifulagony.com to support myself through a Bachelor of Arts degree. I majored in history/politics and also Classical Societies, specifically Ancient Greece and Rome. I also learnt both Ancient Greek and Latin languages whilst at university. I am interested in everything and learning new things is a mentally, physically and

sexually arousing experience for me. At the end of my degree I decided I wanted to continue making porn but wished to do it as a producer and a performer. I became slightly notorious in Melbourne, Australia in 2007 and 2009 for criticizing AbbyWinters.com, a website I contributed to as an adult performer. I had written a blog outing ‘Abby Winters’ as a male owned and operated adult website pretending to be owned and operated by the fictitious female ‘Abby Winters’. I also criticized them for knowingly giving false information during recruitment interviews of amateur models. Unfortunately the mainstream conservative Australian press picked up my blog critique after being contacted by a number of disgruntled ex-AbbyWinters staff members who felt unhappy about company practices and policies but wished to remain anonymous. My comments and images were used to pad out the article. The Herald Sun, the paper that pursued the campaign against AbbyWinters.com for two years, also alerted authorities that porn was being produced in Melbourne. Up until this time I was unaware that the production of adult content was illegal in Australia, having never been informed that was the case by any of the Australian producers I had worked for. I am ardently anti-censorship and I oppose all laws that prohibit adult consensual sexuality, whether private or commercial. However, I feel that staff and performers should have been made aware of the legal status that the management and producers of AbbyWinters.com and the Feck sites were privy to at the time of recruitment. I firmly believe that with regard to working in the adult industry there must be an onus on producers to take on a duty of care toward employees and contributors that ensures all those working for them have made a fully informed choice before doing so. The rift between AbbyWinters.com and myself has since been reconciled though unfortunately the scrutiny of the press at that time forced them to move their company overseas to Amsterdam. I hope they return to Australia in the future and assist in a campaign for reform of the current legislation. As a committed voyeur I love to watch and as a confirmed exhibitionist I also love to show. As you can imagine producer/performer seemed the obvious option. On 25th December 2010 I started my own adult website LiandraDahl.com. I wanted to present my own desires in a more pluralist view of adult sexuality than I had experience with any of the Australian sites prior to this. LiandraDahl.com is a website of adult consensual sexuality that is inclusive of all gender identities and sexualities. I strive for a great deal of creative input for each shoot from the contributor that reflects their personality, what they enjoy doing sexually, their desires and their fantasies. Whilst in Europe in 2011 I shot for Erika Lust in her award winning adult movie Cabaret Desire. This was my first experience of performing in scripted adult feature movie. I enjoyed the experience of being made up and dressed immensely. Acting is very enjoyable like the escapism of bedroom roleplay sex. I was particularly pleased that I was able to select whom I would perform with myself, in fact my wife chose him for me, but she made a fabulous choice. I have also shot for Jennifer Lyon Bell in her soon to be released trilogy ‘The Silver Shoes’ an exploration of attire and desire. Jennifer is a gifted director and I hope to work with her again in the future. 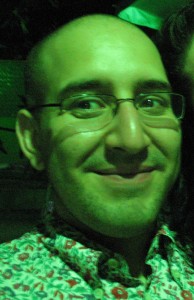 Abraham Castillo graduated as a filmmaker from SVA where he received the Dusty Award and the Directors Guild of America award for Best Latin Student Filmmaker in 1998. Director, Editor and programmer he is now lives in Mexico City and dedicates his time to editing films, teaching and as Programer of MORBIDO International Film Festival of Horror, Fantasy & Science Fiction Films. In 2012 he collaborated with Marianna Palerm, founder and director of LA MIRADA FEMENINA, Mexico’s first film festival dedicated to the promotion, study and discussion of porn films directed by women.  He is convinced that working and watching films on extreme sides of the spectrum (Eros & Thanatos) keeps him sane and healthy.

Candida Royalle: Author, Pioneer, Entrepreneur. Ms. Royalle first came in to the public eye for her internationally acclaimed line of erotic films from a woman’s perspective. Innovating the concept of “couples erotica”, she created Femme Productions, Inc®. in 1984 in order to produce adult films that spoke from a woman’s voice and could be entertaining while promoting positive sexual role modeling for couples to view together. Royalle’s work has been favorably received by both viewers and the media, as well as the sexology community. She has become a sought-after speaker, having lectured at such venues as the Smithsonian Institute, the American Psychiatric Association’s national conference, and the World Congress on Sexology, as well as several sexuality conferences and universities including Princeton, Columbia, Wellesley College and New York University. She is the first erotic filmmaker to have been invited to become a member of the American Association of Sex Educators, Counselors and Therapists due to the message of “positive sexuality” in her films. Continuing to lead the way in women’s sexual empowerment and pleasure, Royalle partnered with Dutch industrial designer Jandirk Groet, whose product design repertoire ranges from Nordica ski boots to Ricoh compact cameras and Panasonic TVs to the cockpit of the Fokker aircraft, and together they created the Natural Contours® line of high-style, discreet ergonomically designed personal massagers. The line 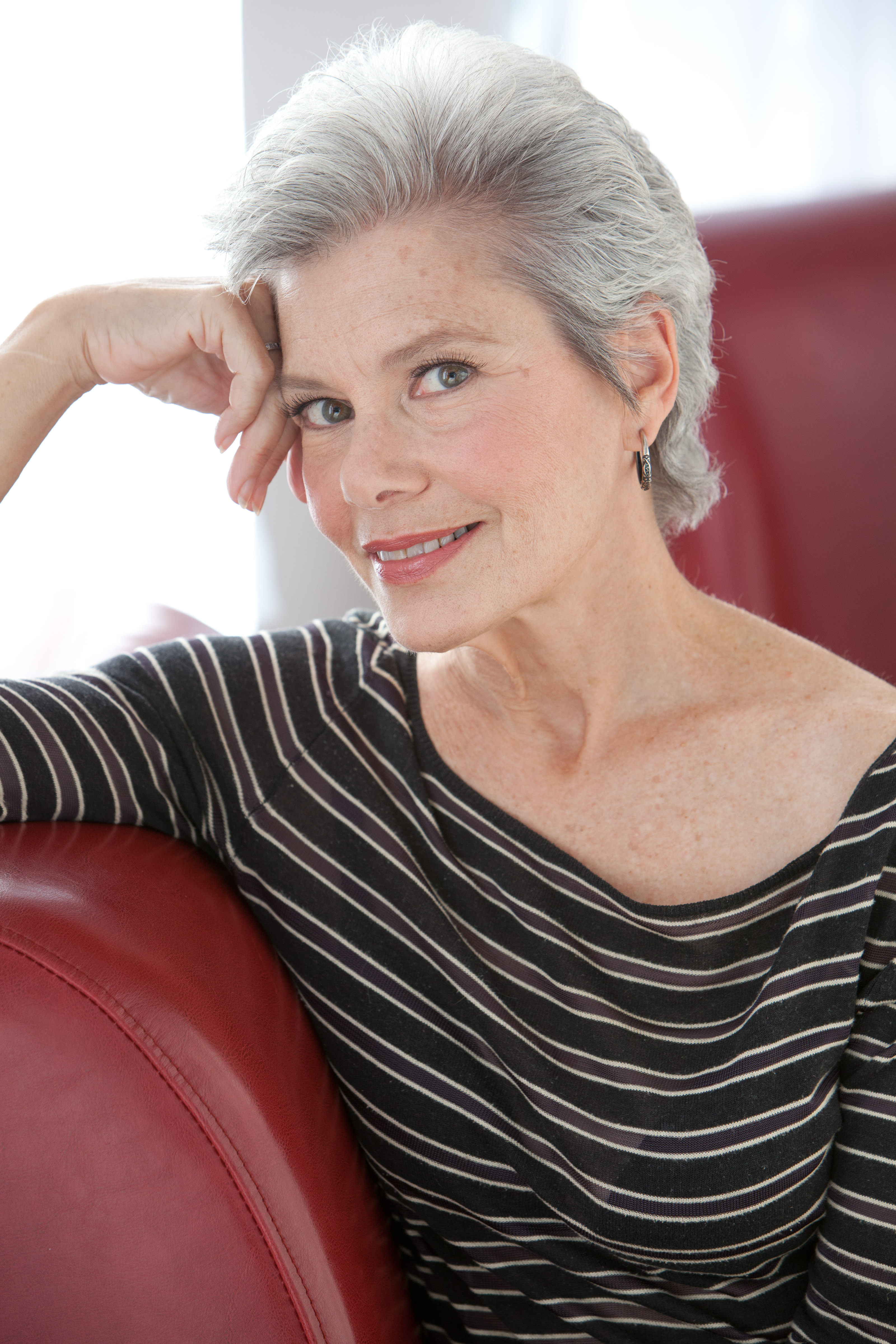 debuted in 1999 to favorable reviews in ID (Industrial Design) Magazine, Mademoiselle and Glamour, to name a few, and quickly became best-sellers in women’s mainstream health catalogs. Drugstore.com launched its sexual wellness range with the Natural Contours® line and Holland’s leading drug store chain, ETOS, features the line as part of its family planning outreach. In October ’04 Royalle authored her first book, “How to Tell a Naked Man What to Do”, published in the US by Simon & Schuster/Fireside, and in the UK by Piatkus Press. The paperback was published in February ’06. Royalle recently created a new line of “ethnic erotica for couples” called Femme Chocolat® in order to provide high quality intelligent erotica for the largely underserved market of ethnic women and couples. She is now moving on to the role of mentoring young new female directors so that they may continue the Femme line while expressing their own visions and ideas. What makes Ms. Royalle’s story particularly interesting is her rich and varied background. The daughter of an accomplished professional jazz drummer, she trained and performed in music, dance and art, having attended New York’s High School of Art and Design, Parsons School of Design, and the City University of New York, where she was active in the women’s movement of the late ’60’s and early ’70’s. In San Francisco she got involved with some of the original members of the infamous Cockettes including the late Divine to create avant garde jazz and theater productions. In ’74, looking to finance her unconventional lifestyle, she entered the world of erotica as an actress, performing in about twenty-five adult feature films. She returned to her native New York City in 1980 and stepped behind the camera to create Femme Productions® in 1984. Since then she has been a guest on numerous news and talk shows from Anderson Cooper to Dateline NBC, and has been written up in countless magazines and newspapers from The New York Times, Time Magazine and The London Times to Glamour and Marie Claire. Candida Royalle is a member of the American Association of Sex Educators, Counselors and Therapists, (AASECT) and a founding Board member of Feminists for Free Expression (FFE). For more about Candida Royalle and her products visit her web site at:
www.candidaroyalle.com