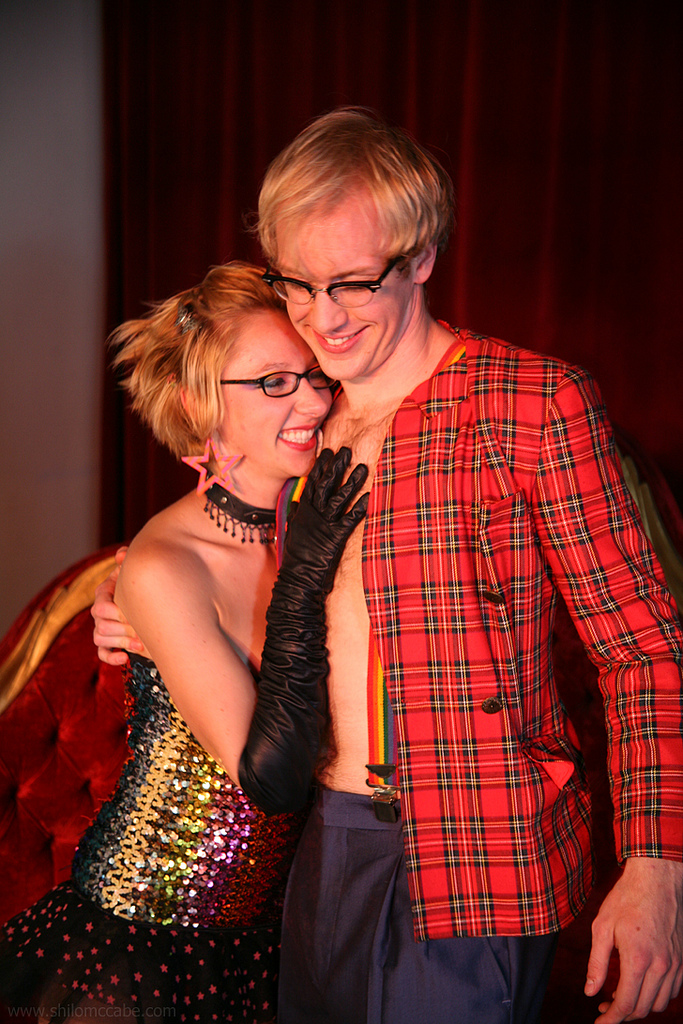 Tonight I’m excited that The Mayhems (Warning: their site is NSFW!) are able to join us on Sex Out Loud! Here’s some info about them before we go live at 8 pm ET / 5 pm PT. (Don’t forget you can listen here.)

When Maggie Mayhem started volunteering as an HIV test counselor at UC Santa Cruz in 2003, she had no idea how radically it would change the direction of her entire life. Before long, she became a vocal activist for harm reduction and sex positivity. She has served as the coordinator of the UC Santa Cruz Anonymous HIV testing program, HIV Senior Specialist of Larkin Street Youth Services, and grant recipient for HIV prevention and care work in Bagamoyo, Tanzania. Maggie Mayhem is also a writer, speaker, and performance artist as well as a queer porn performer who has appeared on Kink.Com, Crashpad Series, Madison Bound, Girlfriends Films, QueerPorn.TV, and on the website she built with her partner Ned, MeetTheMayhems.Com